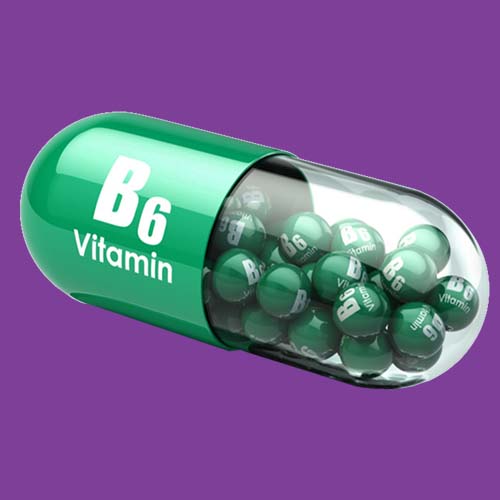 Vitamin B6 is required for the proper functioning of the body’s sugars, fats, and proteins. It is also required for the development of the brain, nerves, skin, and many other body parts. It can be found in cereals, legumes, and eggs, and it is frequently combined with other B vitamins in vitamin B complex products.

Vitamin B6 is commonly used to prevent and treat vitamin B6 deficiency. It is also used to treat heart disease, premenstrual syndrome (PMS), depression, morning sickness, Alzheimer’s disease, menstrual cramps, diabetes, and a variety of other conditions, but there is little scientific evidence to back up many of these claims. 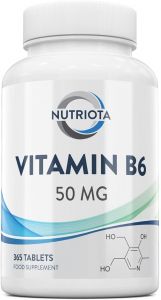 Vitamin B6 can be found in a wide range of animal and plant foods.

Vitamin B6 (pyridoxine) foods include:

Vitamin B6’s role in disease prevention has received a lot of attention. The vitamin in supplement form shows the most promise for treating pregnancy-induced nausea, but such use should be done under the supervision of a doctor. In comparison to low blood levels, adequate B6 levels may be associated with a lower risk of cancer. The use of separate B6 supplements (aside from the RDA amounts in typical multivitamin preparations) is inconclusive and not recommended.
Cardiovascular disease
High homocysteine levels are linked to an increased risk of heart disease and stroke because it promotes the formation of blood clots and excess free radical cells, as well as impairing normal blood vessel function. A lack of vitamin B6, as well as vitamin B12 and folic acid, can raise homocysteine levels. Although epidemiological studies have shown that vitamin B supplementation can lower homocysteine levels, they have not consistently shown a lower risk of cardiovascular events in those who take the vitamins. As a result, the American Heart Association does not advocate for the use of B vitamin supplements to reduce the risk of cardiovascular disease.

Vitamin B6 may help with brain function indirectly by lowering homocysteine levels, as high levels of this protein in the body have been linked to an increased risk of dementia, Alzheimer’s disease, and cognitive decline. There is, however, a lack of controlled trials demonstrating that supplementation can slow cognitive decline.

A Cochrane review examined 14 randomised controlled trials that assessed the cognitive effects of B vitamin supplements on people who used them for at least three months. [6] The supplements (B6 alone or in combination with B12 and folic acid) had no effect on cognition in older adults (60+ years) without dementia at baseline, when compared to a placebo.

A systematic review of epidemiological and clinical studies looked at the relationship between vitamin B6 intake or blood levels and all cancers. According to the epidemiological studies, a high intake of vitamin B6 foods and higher B6 blood levels were significantly associated with a lower risk of all cancers, particularly gastrointestinal cancers. However, when total B6 intake from food and supplements was taken into account, the protective effect was diminished. Clinical studies found no protective effect of B6 supplements, but the quality of these studies was rated low because B6 was not given alone and cancer was not the primary outcome studied. Because of the disparity between the results of epidemiological and intervention studies, the authors concluded that vitamin B6 has an ambiguous role in cancer prevention. They hypothesised that higher levels of B6 in the body could reflect the status of other cancer-fighting nutrients.

Vitamin B6 is thought to play a role in colorectal cancer due to its enzyme activity, which may reduce oxidative stress and tumour cell spread. Vitamin B6 deficiency has been linked to chronic inflammation, which is a risk factor for colorectal cancer.

Vitamin B6 has long been used to treat pregnancy-related nausea and its most severe form, hyperemesis gravidarum, which can lead to hospitalisation due to severe dehydration. Taking vitamin B6 orally alleviates mild to moderate nausea and vomiting during pregnancy. Vitamin B6 combined with the drug doxylamine is recommended for those who do not improve when taking vitamin B6 alone.

A rare seizure disorder that necessitates the use of vitamin B6. Giving vitamin B6 to infants via IV reduces seizures caused by pyridoxine-dependent epilepsy. Only a healthcare provider can administer IV products.

Taking vitamin B6 orally is an effective way to prevent and treat vitamin B6 deficiency.

There is some interest in using vitamin B6 for a variety of other purposes, but there isn’t enough reliable data to say whether it will be beneficial.

If you get any side effects, talk to your doctor, pharmacist or nurse. This includes any possible side effects not listed on this page. In the UK you can also report side effects directly to the Yellow Card Scheme By reporting side effects you can help provide vital information on the safety of this medical supplement.

Is this medicine suitable for you?

Before you begin taking pyridoxine, it is critical that your doctor or pharmacist is aware of the following information:

Vitamin B6 is an essential nutrient. Vitamin B6 is found in cereal grains, legumes, vegetables, meat, and eggs. The recommended dietary allowance is the amount that should be consumed on a daily basis (RDA). The RDA for males is 1.4 mg per day. The RDA for females is 1.2 mg per day.
Vitamin B6 is frequently used alone in supplements as well as in products containing other B vitamins. Speak with a healthcare provider to determine what type of product and dose would be most appropriate for a specific condition.

By at Amazon
RR

The American Journal of Clinical Nutrition