Omega 3 fish oil is derived from a variety of fish. It is high in the omega-3 fatty acids eicosapentaenoic acid (EPA) and docosahexaenoic acid (DHA). 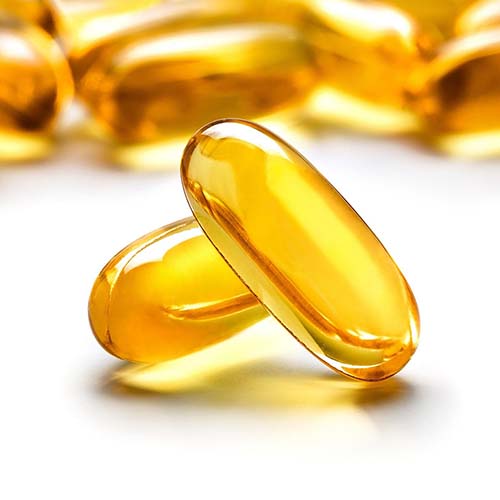 Omega 3 fish oil is derived from a variety of fish. It is high in the omega-3 fatty acids eicosapentaenoic acid (EPA) and docosahexaenoic acid (DHA)

Fish oil is derived from a variety of fish. It is high in the omega 3 fatty acids eicosapentaenoic acid (EPA) and docosahexaenoic acid (DHA).

The Scientific Advisory Committee on Nutrition has approved some fish oil products as prescription medications for lowering triglyceride levels. As a supplement, fish oil is also available. Fish oil supplements do not contain the same amount of fish oil as prescription products and cannot be used in place of them. Fish oil supplements are sometimes used for heart health and mental health, but there isn’t much evidence to back up most of these claims. 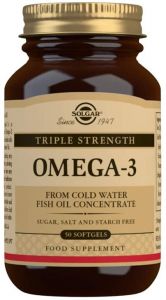 A healthy, balanced diet should include at least two servings of fish per week, one of which should be oily.
This is because fish and shellfish are high in vitamins and minerals. Oily fish, such as salmon and sardines, are also high in long-chain omega 3 fatty acids, which can help your heart stay healthy.
Most of us should eat more fish, including more oily fish.
There is different advice for pregnant or breastfeeding women, as well as for children and babies.
Steamed, baked, or grilled fish is a better option than fried fish. Fish and shellfish that are fried can have a higher fat content, especially if they are battered.
To ensure that there are enough fish to eat now and in the future, we should eat a variety of fish and purchase fish from sustainable sources.

Oily fish include:
Tuna, both fresh and canned, does not qualify as an oily fish.
Oily fish include:
You can eat the bones in some oily fish. Whitebait, canned sardines, pilchards, and canned salmon are examples (but not fresh salmon). Because they are high in calcium and phosphorus, these fish can help keep our bones strong.

These are some of them:

Although there is little scientific evidence to substantiate these treatments, Omega 3 has also been used for:

There is no scientific proof that 3 Omega treats:

There is interest in using fish oil for a variety of other purposes, but there isn’t enough reliable data to say whether it will be beneficial.

Omega 3 supplements are taken orally. Omega 3 fish oil is probably safe for most people in doses of 3 grammes or less per day. Taking more than 3 grammes per day may increase the risk of minor side effects including bleeding. Heartburn, nosebleeds, unpleasant taste, bad breath, bad-smelling sweat, headache, and gastrointestinal symptoms such as heartburn, nausea, and diarrhoea are some of the side effects of fish oil. These problems can be alleviated by taking fish oil supplements with meals or freezing them.

Consuming large amounts of fish oil from dietary sources may be hazardous. Mercury and other chemicals have contaminated some fish. These chemicals are not typically found in fish oil supplements.

Several large studies have linked higher levels of long-chain omega 3 in the blood with an increased risk of prostate cancer.

When applied to the skin. There is insufficient reliable information to determine whether fish oil is safe or what the potential side effects are.

If you get any side effects, talk to your doctor, pharmacist or nurse. This includes any possible side effects not listed on this page. In the UK you can also report side effects directly to the Yellow Card Scheme By reporting side effects you can help provide vital information on the safety of this medical supplement.

Is this medicine suitable for you?

If you are taking any of the following medicines please consult your doctor:

How much fish should we consume?

A healthy, balanced diet should include at least two servings of fish per week, one of which should be oily. Most of us don’t consume this much food. A portion weighs about 140g (4.9oz).

However, there are recommendations for the maximum amount of fish you should eat for certain types of fish. Learn more here.

By at Amazon
RR

The American Journal of Clinical Nutrition